Tip #1: You shouldn’t be afraid of salt. 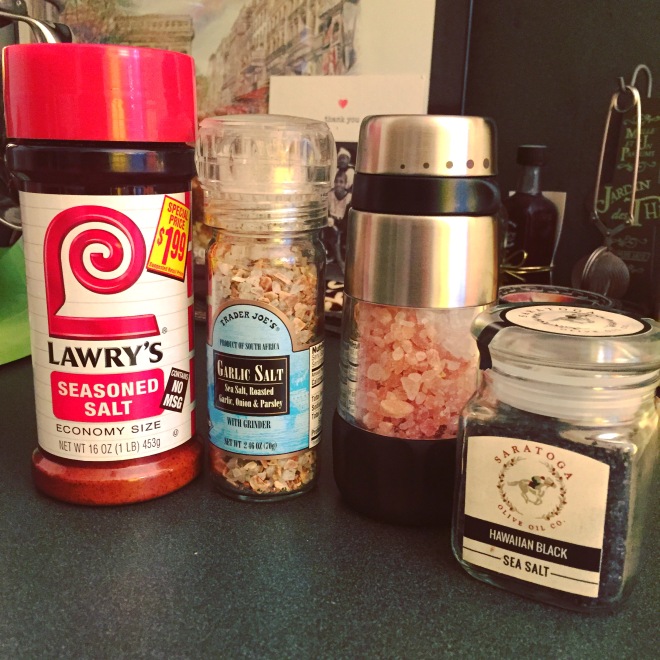 Guys and gals – salt does not have to be the bad guy. I see two extremes of people’s take on salt all the time: the health nut who heard that too much salt is bad for you and now doesn’t use salt at all, and the average American who throws salt on every meal before even tasting it first. Let’s find a happy healthy place in the middle somewhere.

Salt is not bad for you. Too much salt is. There’s quite a difference. Salt was the topic of my very first fight with my husband after we got married. He had grown up believing Salt was the Enemy, and I had grown up perhaps having Salt as too close of a Friend.

What we eventually both came to realize together was that our country’s biggest concern with salt comes from the alarming amount of processed food intake – of which we hardly take part of. A ton of salt is added to processed food – if you look at your canned this or your boxed that, you’ll see for yourself. Also, MSG is in more things than I’d originally realized, such as some brand name sausages like Gianelli’s and seasoning like Badia’s Complete Seasoning (which used to be my favorite!). The point is, educate yourself, read labels, and be smart about what you eat. Now, please don’t get obsessive over all this.

Ever since my husband and I agreed we did not have to freak out over salt since we were mainly eating home cooked fresh meals, we have allowed ourselves to enjoy the wonderfulness of its accompaniment to meats, veggies, and spices. Some of our favorite salts are: